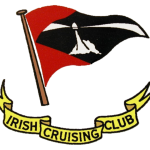 The Hon. Secretary read the Notice convening the meeting and confirmed that there was a Quorum of over 30 members.  The number of members present was 80.

The Commodore then welcomed the members attending and explained the procedure to be adopted in considering the two proposals on the agenda to amend the Club Rules, notice of which had been given in accordance with the Club’s rules.

He said that each proposal would be taken separately after being formally proposed and seconded, and that any questions or comments from members would be considered by the meeting before each vote. The Commodore then explained that because he and the other flag officers’ terms of office would be directly affected by the outcome of the vote on the first proposal, he was asking the permission of the meeting for the Hon Secretary to chair the meeting for that item.  The meeting approved this proposal, and the Hon. Secretary then took the Chair.

Stanton Adair Proposed the amendment of Rule 9 of the Club Rules by the addition of the following paragraph thereto:

“(iv) For the purposes of this Rule the year 2020 shall be deemed not to count as year of service for any Flag Officer.”

The Proposal was Seconded by the Hon. Secretary.

Peter Fernie enquired if this amendment would be rescinded at the next AGM.  The Hon. Secretary said preferably not, and explained that while the provision would be exhausted, as it related only to service by a flag officer serving in 2020, he felt that it would be important that it should remain standing  in the rules, not to be operated again, which it can’t be, but to be illustrative of the measures adopted by the Club as a result of the global pandemic, as amplified in the Minutes of the Club over the two years of the Covid pandemic. Also, he felt that by remaining in the Rule book its limited application will be clear to future generations in the Club.

There was a very brief discussion before the proposal was put to the meeting (the matter already having been informally approved, in principle, at the 2021 AGM.)

The proposal was put to a vote and the amendment was carried by acclamation without dissent.

The Hon. Secretary announced the result, declared the amendment carried, and undertook arrange for the amendment to be inserted in the Club Rules.

The Commodore then resumed the Chair.

The Hon. Treasurer Proposed the approval of the second item in the agenda, the insertion of a number of additions and changes to the Club rules which are required by the Irish Revenue Commissioners in order to maintain the Club’s Sports Body Exemption status for tax purposes. The detailed amendments proposed had been added to and highlighted in yellow on a copy of the Club Rules which had been circulated together with the EGM Agenda for members to see, and to illustrate the proposed amendments in the context of the existing rules.

Members had also been furnished with an explanatory letter from the Club’s accountants to the Hon. Treasurer relating to the need for the proposed changes to the Clubs’ rules. The Hon. Treasurer explained the advantages of and the need for the changes. He also indicated that the proposed changes are standard provisions required by the Irish Revenue to be incorporated into the rules of all sports bodies. In recent years our Club had been granted the Sports Exemption on an undertaking that the Club would make the amendments now proposed.

The Proposal was Seconded by the Vice Commodore, After a brief discussion, the proposal was put to the meeting and passed without dissent.

The Commodore declared the proposal carried, and directed the Hon. Secretary to ensure that the Club Rules be amended in line with the highlighted text on the copy of the rules which had been circulated, and that the changes be recorded and published in the Club Rules.

In closing the meeting, the Commodore thanked Stanton Adair for his initiative in suggesting the change to Rule 9.  He also thanked the members for adopting the proposal.

He then thanked Tom Kirby and the Club’s accountants for preparing the presentation of the rule changes which were necessary in order to meet the requirements of the Revenue.

Finally he encouraged all members present to stay on for the Club’s AGM which was to, and did, follow immediately.