Winners of the Faulkner Cup

Winners of the faulkner cup

At the end of every year many members submit logs of their voyages for publication in the Club’s Annual.  The voyages cover widely different areas in home and foreign waters – some are short cruises around the coasts of Ireland, whilst others are long-planned adventures to distant places rarely visited by most people.  All the cruises are treated with equal respect.  Each year the logs are judged to compete for the many prizes that have been presented over the years.  The Club’s premier prize for club members is the Faulkner Cup which was presented in 1931.

The Faulkner Perpetual Challenge Cup shall be awarded each year for the log of the best cruise on a sailing yacht owned by a member of the Club, undertaken during the Season by any member, provided that he shall be in command of the yacht.  The judge will take into consideration  the distance covered,  the crew, the  time occupied, the  size of vessel, the amount of  use of auxiliary power, seamanship displayed and the  difficulties encountered and overcome.  A description of the yacht and photograph should included with each entry.

Assembled below are the winning logs from the last few years and we hope that you will enjoy reading them and appreciate the span of the members’ activities with their yachts. ©  The copyright of these logs is invested  in the authors whose permission must be obtained for the use of the logs for any purpose other than for personal enjoyment.

The Club’s top award went this year ro Rob Henshall who sailed his ‘new’ old Contessa 32 single-handed from southern Spain to Porto Santo, to the Azores and then on to Ireland.  It was during the last leg that his troubles began – and continued.  Rob’s log tells the harrowing tale of a voyage beset with problems of adverse weather and failing equipment, and how they were dealt with. 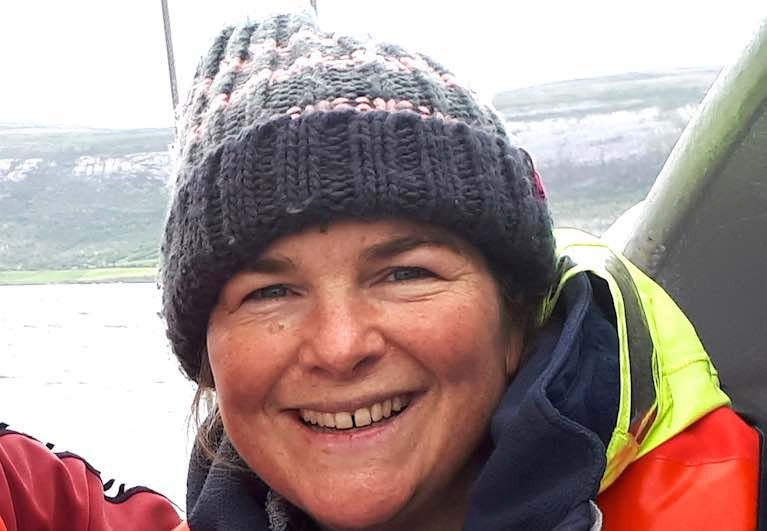 The Faulkner Cup this year went to Vera Quinlan for the really interesting log she wrote, together with Peter Owens, about a round- atlantic voyage that they made in 2019/20.  Full of activity for themselves and for their two young children, this was a well considered and planned voyage with it fair share of darmas

2019
The winner in 2019 was Daragh Nagle (who also won the Faulkner Cup in 2016).  Daragh, who lives in Victoria, BC, sailed his yacht Chantey V north along the western Canadian seabord as far as Skagway in Alaska.  This Pacific Ocean coast has many dangers and interesting passages all of which require a high degree of preparation and planning.  This was a well executed voyage and makes interesting reading. 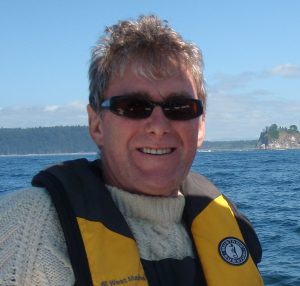 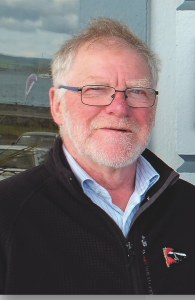 This year’s winner of the Faulkner Cup was Donal Walsh who, together with Clare Morrissey, made a voyage visiting seven countries from Scotland, the North Sea and English Channel.  They covered 3,450nm in 80 days.

The winner this year was Máire Breathnach.  Together with her husband Andrew, she sailed their replica 56ft Bristol Channel Cutter Annabel J from Waterford in Ireland to Iceland via Scotland and the Faroes.  Having visited many ports on the Icelandic west and northern coasts they went to Greenland and explored the Scoresby Sound before returning to Iceland and thence onto Ireland directly.  The effort and skill of managing a vessel of this type on such a voyage was considerable.  They also managed to include some mountain climbing en route. 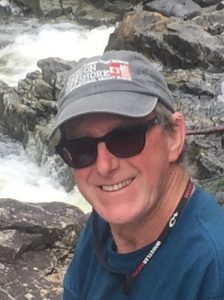 The winner this year was Daragh Nagle who lives in Victoria, British Columbia.  In his Moody 376 yacht ‘Chantey V‘ he voyaged nearly 7900 NM from San Salvador, up the east coast of North America as far as the Gulf of Cortez, and then with two companions, crossed the eastern Pacific to Hawaii, explored those islands and then headed back east to his home town in Canada.  A voyage not without its dramas.

The worthy winner of the Faulkner Cup this year was Alan Rountree for his solo voyage to the Azores and back in his Legend 34 Tallulah.  The very difficult return voyage is described in modest terms but tell of great and courageous seamanship. 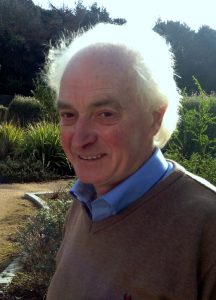 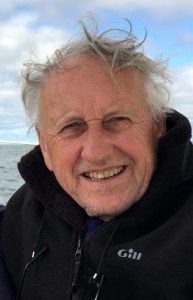 The Faulkner Cup this year was awarded to Neil Hegarty who, together with Anne Kenny, crossed the Atlantic with the ARC and then continued northwards along the East coast of the USA.

The Faulkner Cup was awarded to Sam Davis for his log of an outstanding solo voyage from Tonga around Cape Horn to Ireland to complete his world circumnavigation.

The log appeared in the 2013 Annual and is reproduced here 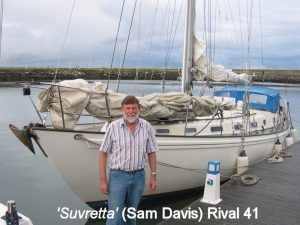 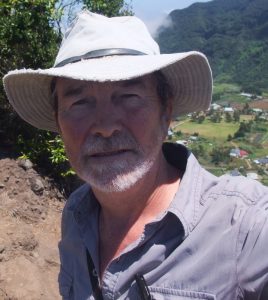 The Faulkner Cup was yet again awarded to Fergus Quinlan for his log for the concluding year of his and Kay’s three year circumnavigation. This part of the voyage was from Darwin back to Kinvara.